On July 29th, Ithaca’s Sixth Annual Just Be Cause Party will bring together the Ithaca community for an evening of music and fun at Agava Restaurant, in honor of Challenge Workforce Solutions.

Challenge is celebrating its 50th anniversary in Ithaca. In recognition of this milestone, the Just Be Cause Center will dedicate its annual fundraising event to supporting Challenge’s ongoing work in the community. Challenge has several immediate needs that the funds raised by Just Be Cause will go towards, including the following:

Ticket proceeds from the 2018 Just Be Cause Party will contribute to these goals, as well as supporting the operation of the Just Be Cause Center.

50 years of creating pathways to employment 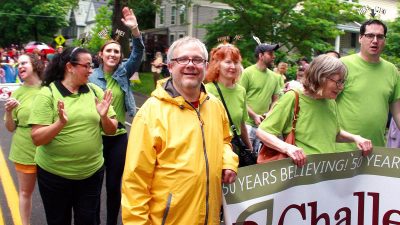 Challenge Workforce Solutions began in Ithaca in 1968 as vocational rehabilitation center, founded by Robert Sprole, the former president of Therm Inc. Sprole was dedicated to providing support for local people with barriers to employment. Since then, Challenge has continued to offer a variety of programs, ranging from prevocational training to direct placement, which allow job seekers to secure full-time employment.

After fifty years in the area, Challenge has become an integral part of the Ithaca community. Challenge provides training and support for over 1,000 prospective workers, and maintains partnerships with more than 100 local employers. The vast majority of individuals (over 94%) who participate in Challenge’s programs are successfully placed with a local employer.

Supporting local non-profits with Just Be Cause 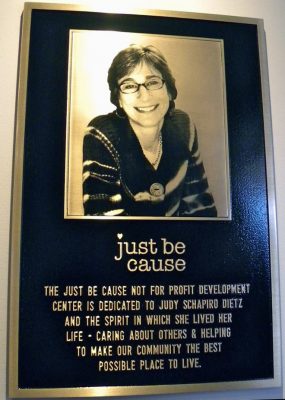 Just Be Cause — both the Party and the Center — were started by Jerry Dietz, owner and president of C.S.P. Management, in honor of his first wife, Judith, who passed away in 2012.

Jerry recalls the origins of the event this way:

“When Judy was going through chemo for ovarian cancer, we had a party in the summer of 2012, at Agava, with about 100 friends joining us. Even though the date was Judy’s birthday, she didn’t want it to be a birthday party. We told people were having a party ‘just because’ and called it the ‘Just Because Party’. It was a great party and, for many, the last time they saw Judy in any semblance of heath. When she passed later that year in the fall, we decided to have a party every year in her honor that would help a local cause. A little spin on the name and we came up the Just BeCause Party. So you see, there was actually a Party before there was a Center – that came about a year later.”

Since the first event in 2013, the Just Be Cause Party has raised funds for many local organizations, including Loaves & Fishes, Ithaca Health Alliance, Golden Opportunity, Gadabout, and The Village at Ithaca.

“The party, by design, is to help raise money for organizations that don’t already have large fundraisers,” says Jerry. “We also like celebrating the milestones of groups that are doing important work… that’s always fun.”

While the fundraising and the work done by these organizations is very important, the Just Be Cause Party — at its heart — is a celebration of Judy Dietz’s life and contribution to the community: “The event has, and always will be, a summer fun and dance party,” says Jerry. “Judy wouldn’t have it any other way.”

Visit the Just Be Cause Party’s GiveGab event page to purchase tickets for this event. 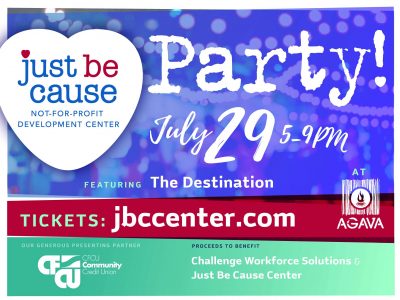 CSP Management is a real estate management and development firm started in 1990. We specialize in full-service property management, tenant placement, and home renovation. Our highly skilled team works closely with clients to customize our services based on specific needs and circumstances.