Apartments in Ithaca’s Downtown neighborhood are among the most popular places to live in the city. Downtown residents are attracted to the energy of local restaurants, shops, and bars. Ithaca might not be a big city (yet) but on a weekend night when the weather’s nice, Downtown Ithaca packs all the bustle of a major metropolis into a few square blocks.

Our Downtown Apartments in Ithaca

C.S.P. manages over a dozen rentals in Downtown Ithaca. Our properties include some of the newest and largest apartment buildings in the Downtown neighborhood, as well as many individual apartment rentals.

Go to the C.S.P. Management Apartment Search page to search for available apartments.

In addition to the apartment buildings described above, C.S.P. Management also provides rental services for many different property owners in Downtown Ithaca. To see a list of addresses for C.S.P.-managed apartments at each location, click the location name below:

Not all rentals are currently available. You can search for available apartments on the C.S.P. Management Apartment Search page, or use the address listed above to fill out an application. 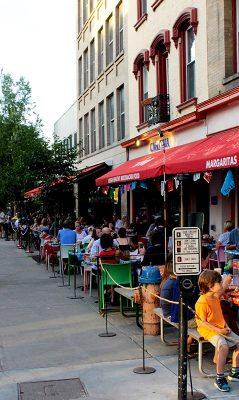 Ithaca’s Downtown Neighborhood is located in the center of the City of Ithaca. Downtown sits above Clinton Street and east of Albany Street; it continues north to Cascadilla St./Ave., and meets the East Hill neighborhood along Terrace Place.
The Downtown neighborhood is central to many of Ithaca’s other popular neighborhoods. The West End, Northside, Fall Creek, East Hill, and Southside neighborhoods are all within easy walking distance; although Collegetown and South Hill are both uphill from Downtown, they’re still very accessible.